15 of the Best Food Festivals to visit this year! 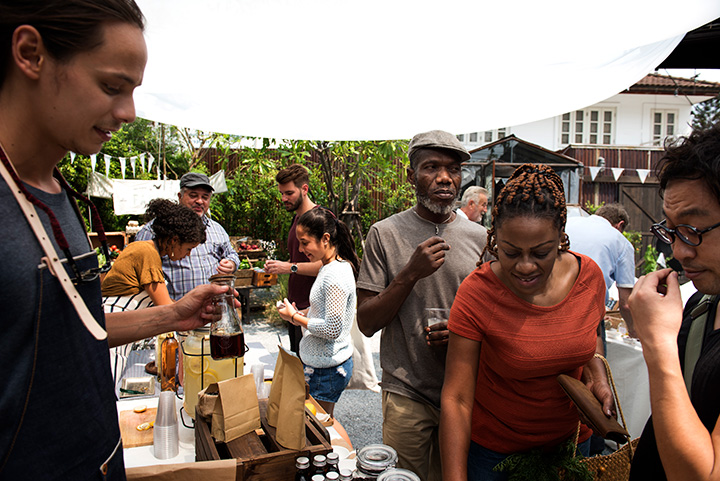 "There is no sincerer love than the love of food." - George Bernard Shaw

And if you're a bona fide foodie, a food festival is your Coachella. These gatherings bring together chefs, cooking celebrities, innovative cuisine, regional flavor, cooking demonstrations and lots of inspiration. Here are fifteen festivals guaranteed to refine your pallet - and expand your waistline.

One of the great cities for food hosts this four-day festival. Naturally, the biggest names in the industry are in attendance; you could learn how to decorate a cake from Martha Stewart or enjoy a tasting hosted by Todd English. Go ahead and stuff your face: 100% of the proceeds donate city food banks and community hunger programs.

The city ranks as one of the best destinations - and this popular festival just adds even more mouth-watering incentive. Over 100 events take place during five days, including excursions to food-related destinations in the area. The Culinary Village provides all-day access to artisanal foods, a hands-on kitchen and more.

Dive into Southern hospitality - not to mention cuisine - at this popular festival highlighting foods from the region (Texas to Washington, D.C.). There are "tasting tents," classes with star chefs and dinners that take you inside some of the most inventive dishes ever cooked up throughout the South.

The Food Network and Cooking Channel helm this South Florida event, which consists of about 80 different events. Sit down to a variety of swanky dinners hosted by celebrity chefs, as well as wine seminars, grand tastings and plenty of cooking demos.

Nashville is becoming known for one of the coolest foodie festivals in the country. Indulge in artisanal foods, Southern farm-to-table cuisine and cooking demos by celebrity chefs. Wash it all down with craft spirits. And because it's Nashville, expect some pretty great live music, too.

Since its inception in 1992, the event has attracted 10,000 people who want to experience the city's extraordinary cuisine from a different perspective. Wine dinners, tasting events and full-on feasts at top New Orleans restaurants are like Mardi Gras for your mouth. Plus, the event donates the proceeds to local food banks and cooking schools.

Billed as the world's largest food festival, this Windy City institution (1980) "the Taste" offers an enormous sampling of cuisine. From pulled pork sliders to chocolate-covered bacon puffs, there's something for every tastebud. The open-air festival also includes "pop up" versions of top Chicago restaurants - and best of all, it's free.

It's two days of tastings, samplings, seminars and flair in one of the hippest cities in America. Get up close and personal with dozens of leading chefs, at both demos and cookbook signings. From tacos to tilapia, your tastebuds will never get bored.

Since 1982, it's been one of THE events for hard-core foodies. Bobby Flay, Emeril Lagasse and Mario Batali are just some of the chefs who've been featured. Cooking demos and seminars, elegant tastings and a pretty swanky crowd make this expo a "must."

It's one of the most exclusive resort towns in the country -- and this 3-day festival showcases over 30 of their exclusive restaurants. The popular Mountain Top Tasting allows you to nosh at 10,000 feet while taking in one heckuva view.

Where can you combine a yoga class with a wine class? At this fun festival in Utah, that's where. Bites and booze of all kinds are paired with a different activity. You could do some stand-up paddle boarding before learning the finer points of craft beer. Of course, if you're just into learning about them without the additional exercise, there are plenty of opportunities to mingle with celebrity chefs and enjoy great local restaurants.

Glitz and glam is the main ingredient in this Sin City food festival. Poolside tastings, cocktail competitions and demos by Master Chef's like Nobu Matsuhisa and Daniel Boulud are the kind of sure thing food lovers can bet on.

The Emerald City comes alive during this free, three-day festival, showcasing its restaurants and vendors. Cooking demos by the city's culinary stars, non-stop noshing and, because its Seattle, lots of music.

For four days, the entire city is the setting for some pretty incredible epicurean events. A hundred celebrity chefs strut their stuff, there are wine seminars and of course, an after-hours party. You never know what star might be nibbling next to you.

It's paradise for foodies - literally. This event attracts over 100 award-winning chefs and cooking celebrities, and takes place across various islands. Many of the tastings, seminars and demonstrations focus on the amazing bounty of fresh fish and produce the islands are known for.